Val do Salnés, a unique environment 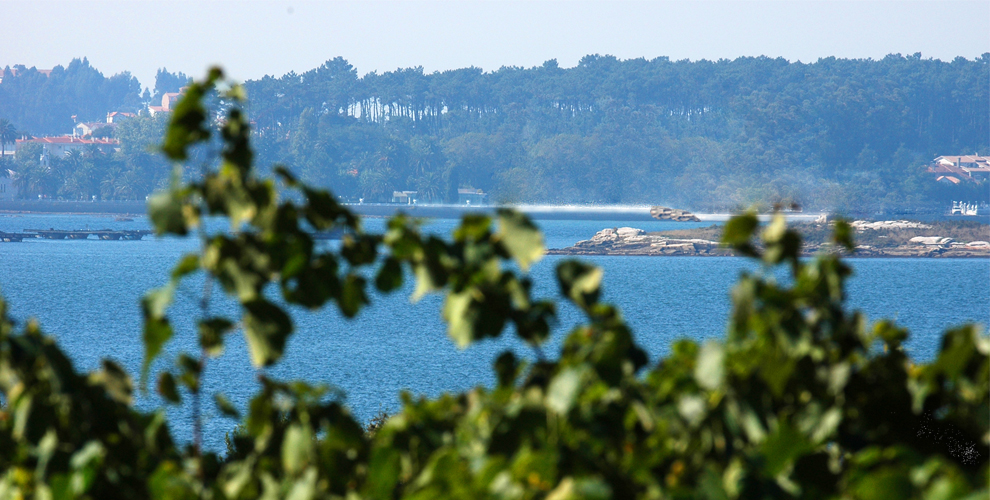 Val do Salnés, a unique environment

Whether it is the ocean winds from the Atlantic or the granitic soil that supports and nourishes our vineyards, the Val do Salnés is a unique environment for making Albariño wines.

An area that owes its name to the large number of salt mines established on the low-lying and sandy coasts of the Arousa estuary during the Suebi era. A time during which this valley already possessed the necessary ingredients for the cultivation of Vitis Vinifera.

Today, the climate, orography and hydrography are factors that determine the wine-growing ecosystem of the Salnés and the quality of the wines at Condes de Albarei. According to thermal efficiency calculation, an index that measures the potential average quality of a wine-growing area, this is an area of maximum quality.

But if you want to check it out for yourself, without having to perform any mathematical formulas, we invite you to continue reading this post and discover what makes the Val do Salnés a unique environment.

A climate defined by 3 elements

If there are three climatic elements that directly and decisively affect our vineyards, these are the Atlantic Ocean, our Arousa estuary and the Azores anticyclone. Three elements that cannot be understood individually, as they function as one, making the Val do Salnés a unique environment.

Our climate is governed by the influence of the Atlantic Ocean, which is responsible for mild temperatures (between 10ºC and 25ºC) throughout the year.

Despite climate change, which has tended to reduce the spring and autumn, the seasons within our area are still perfectly distinguishable.  An example of this is the thermal oscillations that take place between the months of December to March and June to September.

During the warm season, from 21 June to 21 September, the Azores anticyclone positions itself right next to us, causing a maximum average daily temperature that regularly rises above 23ºC. During the cooler season, from 18 November to 6 March, the average temperature is below 15ºC, but does not reach 0ºC due to the influence of the Arousa estuary. 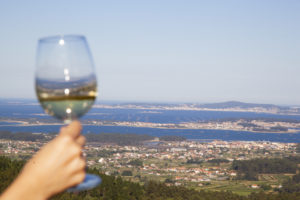 Spring and summer in O Salnés

Spring is the season during which our vineyards begin to emerge and, apart from the odd isolated frost, the plants grow healthy and strong in order to reach their next stage, foliation.

The summer is marked by the arrival of the Azores anticyclone. As we mentioned previously, this positions itself north of the Iberian Peninsula creating a stable, sunny climate without repeated, but abundant rainfall.

In addition, our beloved Arousa estuary, the largest Galician estuary in terms of surface, as well as being the largest in the whole of Spain, also plays a direct and leading role in the climate by making the summers cool and humid.

These conditions of light, temperature and humidity significantly enhance the quality of our grapes.

Autumn and winter in O Salnés

With the arrival of the autumn, the Azores anticyclone returns to the archipelago with which it shares its name, allowing entry to low pressure bars. This turns the autumn into the season that wins the prize in our region for having the most rainfall.

If the winters are responsible for Westerly and South-westerly Atlantic storms, the rainfall they bring is essential, as it prevents the temperature from having dramatic oscillations between the day and night.

However, the above does not exempt us from certain times in which the mercury descends drastically, something that takes place due to two situations. Firstly, when cold Arctic air penetrates our area and, secondly, when an anticyclone positions itself on top of us, pushing back the Atlantic storms.

In relation to rainfall, the Val do Salnés is characterised by a large amount of precipitation throughout the whole year, reaching some 1.400 mm, which decreases significantly with the arrival of the summer. Something that is very interesting, as this seasonal drought promotes the ripening of the grapes.

Granite, sea and the albariño grape

In the wine-growing sphere, the term terroir (terruño in Spanish) is normally used to define the special characteristics that the climate, the geography and the geology of a specific location give to specific varieties.

Earlier, we showed why the climate makes our area such an interesting environment for wine growing. However, it requires a soil that will absorb, distribute and synthesise all those deposits.

The granitic soil that is predominant in the Val do Salnés facilitates gentle ripening. This is due to their irradiation of heat during the day and that they cool more rapidly during the night. The resulting temperature difference allows an increase in sugar levels during sunlight and prevents the loss of acidity during the night.

On an orographic level, the low altitude of the land is notable, as is the negligible gradient within our area. A curious fact which may illustrate the above is that the maximum altitude that can be reached is 300 metres above sea level.

Lastly, from the beginning, this benefitted locating the vineyards next to the Arousa estuary, with their characteristic soils as mostly sandy and mineralised, primarily granitic and somewhat acidic. In turn, this situation has given our vineyards that characteristic touch of saltiness.

Join Club Albarei
and get 5€ off your next order.

In addition, each month you will receive: